After leaving the airport area be sure to get on the A7/AP7 motorway to Algeciras. The exit comes rather unexpectedly. This motorway bypasses Torremolinos and Benalmadena. Just before Fuengirola there is a choice between the new toll road or 'peaje' (AP7 MARBELLA/ALGECIRAS) and the 'old' Carretera de Cadiz (N340-E15-A7 FUENGIROLA/ALGECIRAS). I would recommend the toll road AP7 as it is much faster and more direct. The cost is between 4,5€ and 8€ depending on the season.

Both roads converge on the Marbella ring road. Arriving on this ringroad around Marbella it is easiest is just to follow the coast road through a tunnel to Puerto Banús (keeping right) and straight on towards San Pedro. Without diverting you will be going through a longer tunnel and passing the Commercial Centre Guadalmina and the exit (change of direction/cambio de sentido) to the town of Benahavís. Take the very next exit to the Diana Commercial Centre by the footbridge and follow the slip road to the end past the Diana Park Hotel Turn right just after and follow the road for one kilometre through the Urb. El Campanario following the yellow signs for the Cortijo de los Caballos. 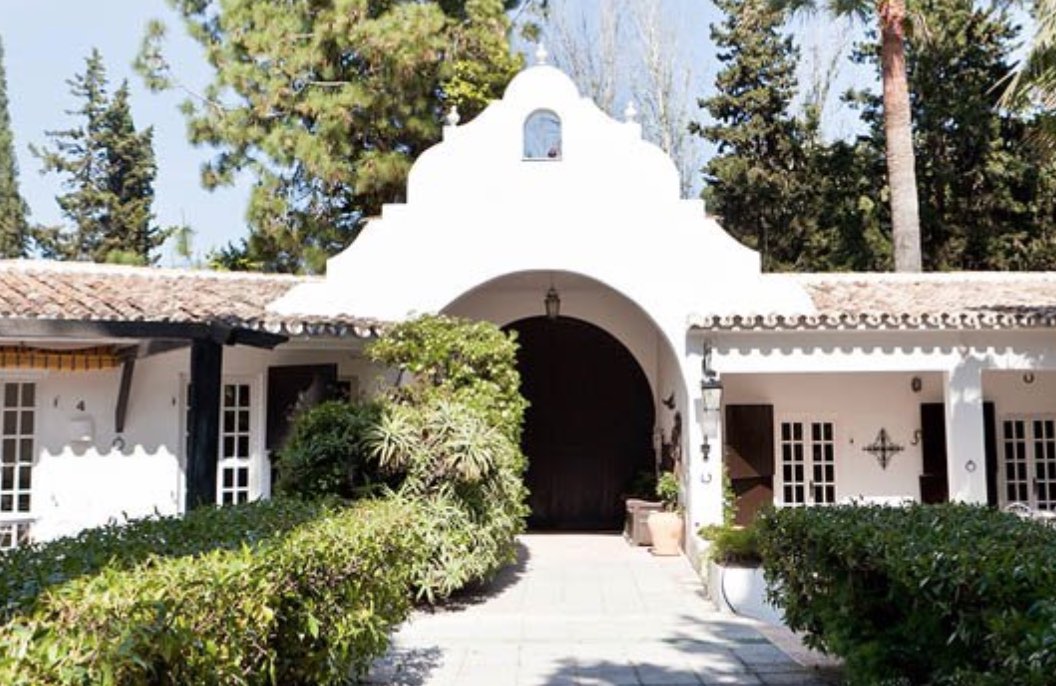 Go through LA LINEA and follow the signs for MÁLAGA. You will bypass the town of ESTEPONA after about 20 minutes. Stay on this road for a further 10 min. past Cancelada and take the underpass towards Benahavís (CAMBIO DE SENTIDO).  Go underneath the road and back out on the main road past the Repsol garage. Take the very next exit into the Diana Commercial Centre and the Diana Park Hotel and turn right just after. Follow the road for one kilometre through the Urb. El Campanario until you see the signs for the Cortijo de los Caballos.(See also directions from Málaga above.

San Pedro de Alcantara and Benahavis would be the nearest towns, although officially we belong to the town of Estepona.

Nearest shops, such as supermarket, pharmacy, bread and papershop, plus bars and restaurants will be found in the Diana Commercial Centre.

In the Golf & Country Club El Campanario and the Diana Commercial Centre 7 - 900 metres away.

© Copyright 2021 | All Rights Reserved | Legal Notice | Design by CenterPointDesigns.com
BACK TO TOP